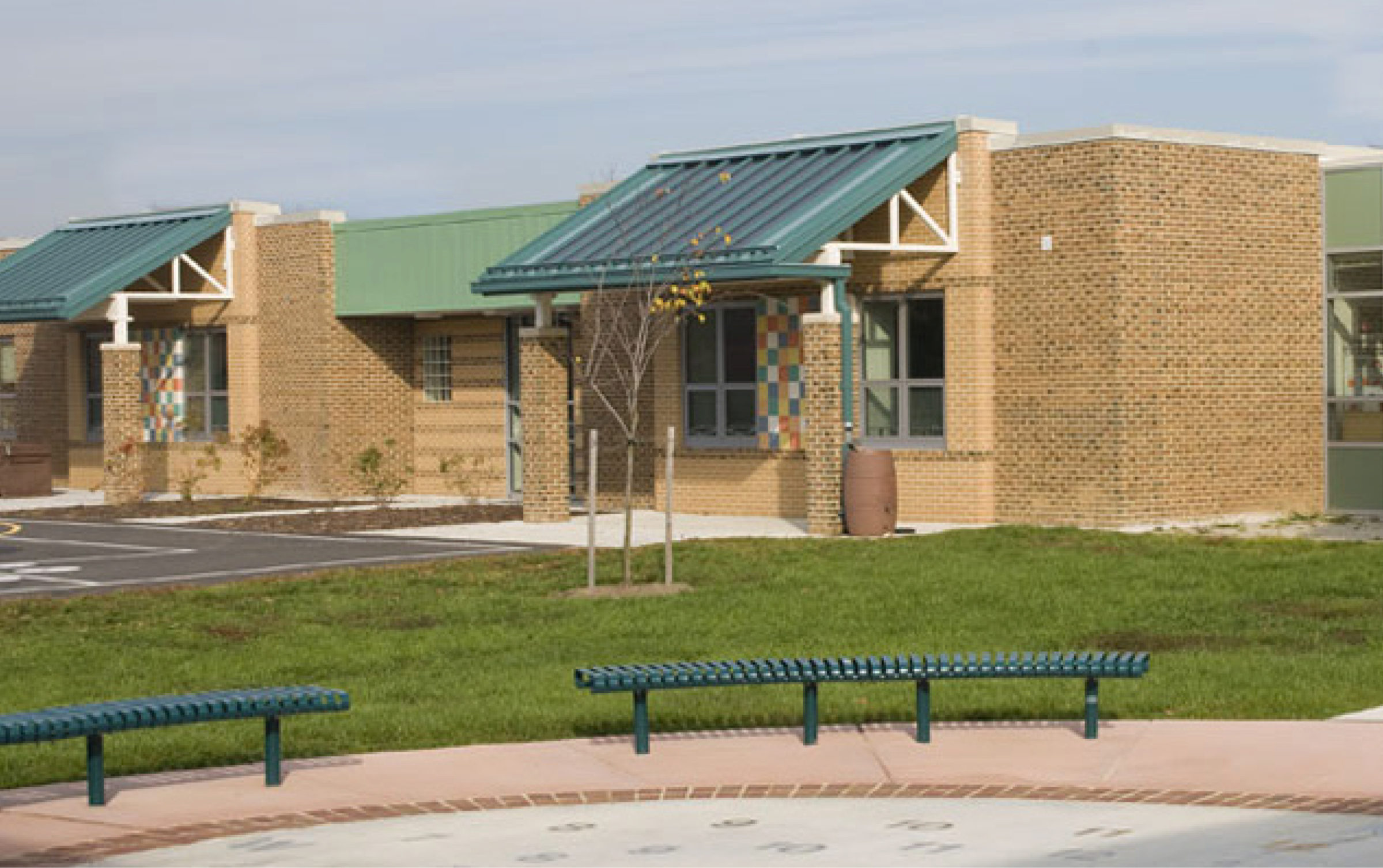 The original Northfield Elementary School opened in 1968 with additions constructed in 1986 and 2007 making the final school 60,405 s.f. Phased construction along with use of several portable classrooms allowed the school to remain occupied during the 18 month construction period. The renovations and additions added six additional classrooms as well as an additional art, music, and gym activity room, while also expanding the cafeteria. The existing mechanical system was converted to a geothermal system which contributed to this project becoming the first LEED certified school in Howard County.