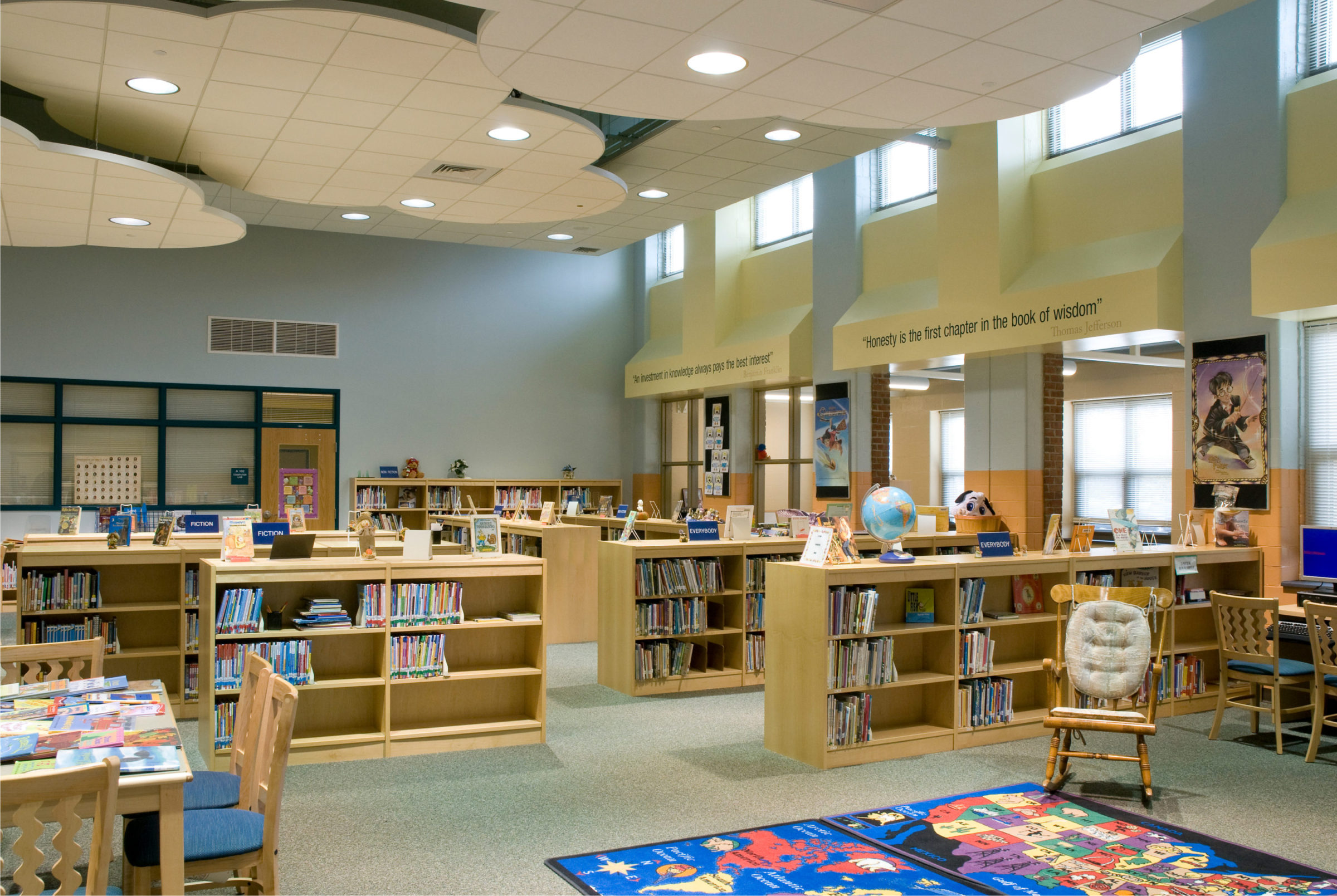 The original Overlook Elementary School was 31,067 s.f. and opened in 1955. An addition in 1958 increased the school to 41,154 s.f. until TCA was tasked with designing renovations and additions to the existing school. Phased construction along with use of several portable classrooms allowed the school to remain occupied during the 24 month construction period. The large rear addition contained a new cafeteria and gymnasium as well as new kitchen, music, and art spaces. A small front addition provided additional space to the administrative suite and the existing cafeteria which became a media center with the new renovations.